The Growing Craze of IPOs in India

The Growing Craze of IPOs in India The IPO Snapshot in India

According to a report by  E&Y, 72 Initial Public Offerings (IPOs) were launched in India between January and September, raising a total of $330.66 billion. In addition, 33 IPOs are planned for this year, including Nykaa, Mobikwik, Paytm, and the well-known LIC.

This is significantly more than the Rs 31,128 crore raised through IPOs in 2020. The rising IPO number illustrates the high level of interest in India's primary equity market among investors.

The internet sector is seeing a significant increase in the number of tech start-ups. 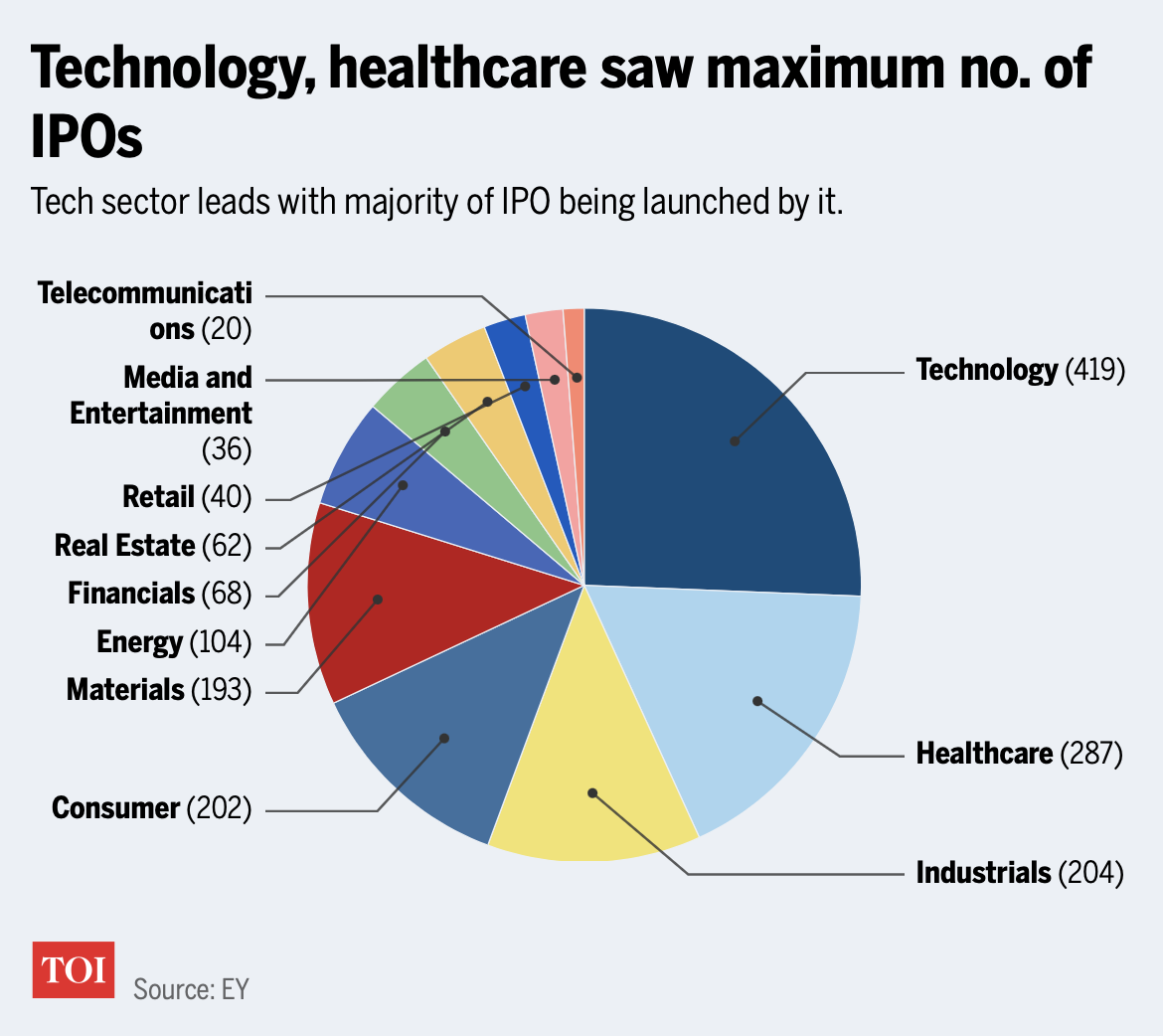 The Securities and Exchange Board of India (SEBI) has recently made it more tempting for such companies to list their shares on local indices. As a result, technology companies have raised about Rs. 15,000 Crores in the last 18 months. Further, IPO’s worth Rs. 30,000 crore by firms in a similar sector is in the pipeline.

The Performance of the IPO Index

The boom in the IPO market has been fantastic as it has outperformed the Nifty 50 index in the past two years. The S&P BSE IPO index is at an all-time high and has given returns worth 103.12% to investors in the year so far. 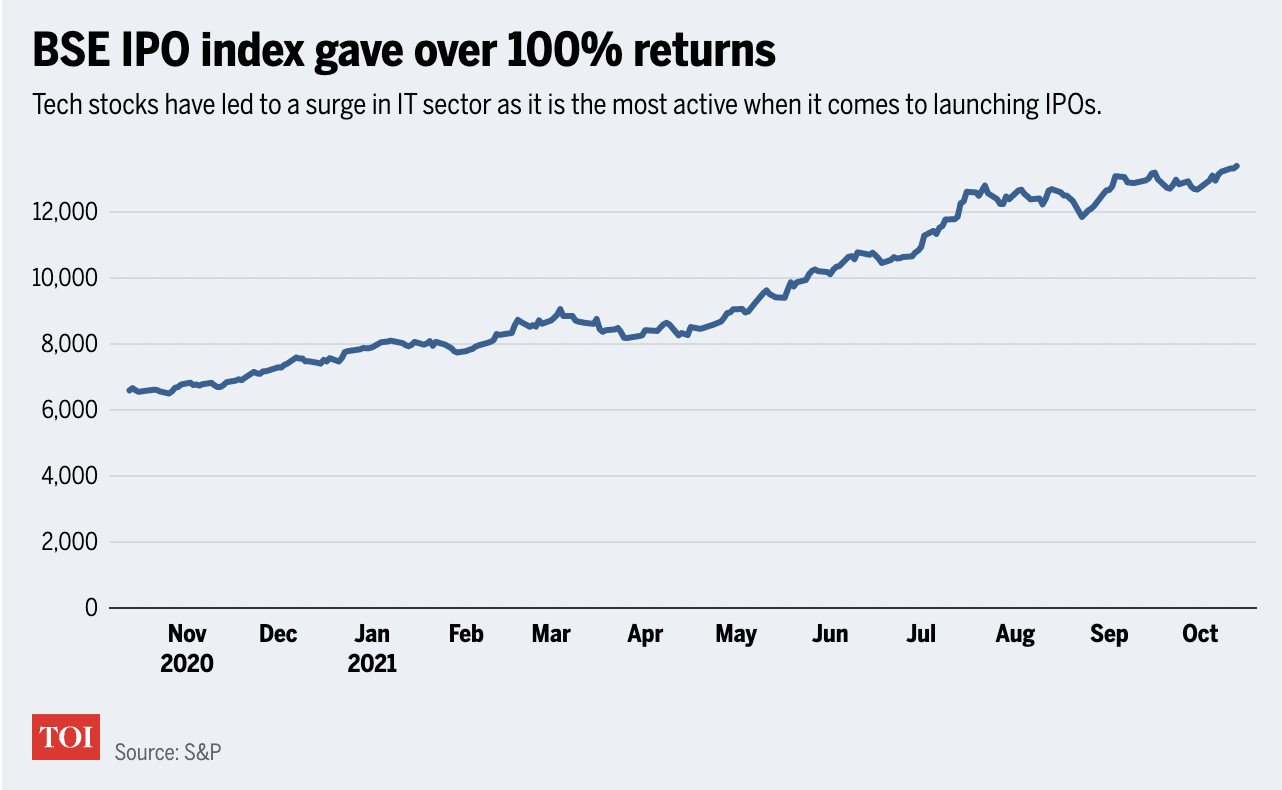 A company is considered private before it launches an IPO as the larger public can not invest in the company, and its shares can not be traded on NSE or BSE. The investors include the company's founders, friends, venture capitalists, angel investors, and others who have been involved from the start.

So a company goes public and announces its initial public offerings (IPOs) when it believes it is developing at a respectable rate and is mature enough to meet the rules and regulations of the SEBI (Securities and Exchange Board of India).

The company will get new public investors as a result of this strategy. New earning prospects exist for both the company and the investors.

An initial public offering (IPO) is a significant milestone for any company because it is one of the few ways to increase its investment significantly. 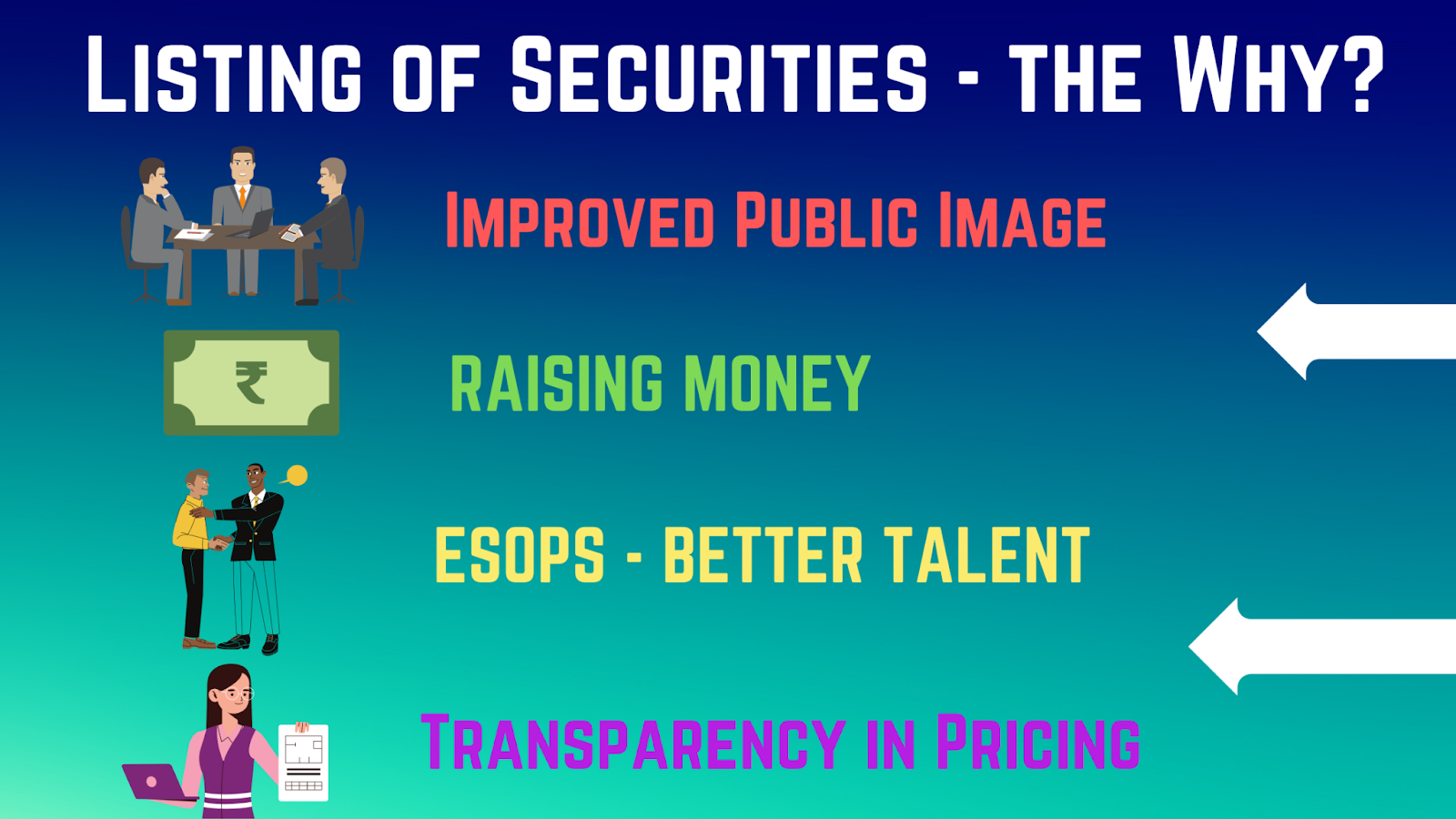 An IPO allows a company to achieve more visibility and recognition. Customers will be able to trust the organization and the products and services it offers due to this. In addition, due to its public listing of shares, it can facilitate mergers and acquisitions while also improving cash flow.

The primary purpose of listing is to raise money. To increase funding for growth and expansion, the company can issue new share capital.

When the shares are subscribed, the market provides a significant influx of capital, allowing the company to meet a substantial portion of its financial needs. In addition, the funds can also be utilized to help the company pay down its debt.

As a result, listing securities allows businesses to access investor cash that can be used to expand their operations.

When a company's stock is publicly traded, it can use its equity to recruit skilled employees by offering ESOPs (Employee Stock Ownership Plans). This lowers an employee's monetary compensation and retention costs while also increasing the odds of finding qualified talent.

Liquidity will be generated by selling the stocks. It will help the company achieve financial stability, resulting in greater price transparency. For stockholders who have been with the company for a long time, this can also create a liquid entity. 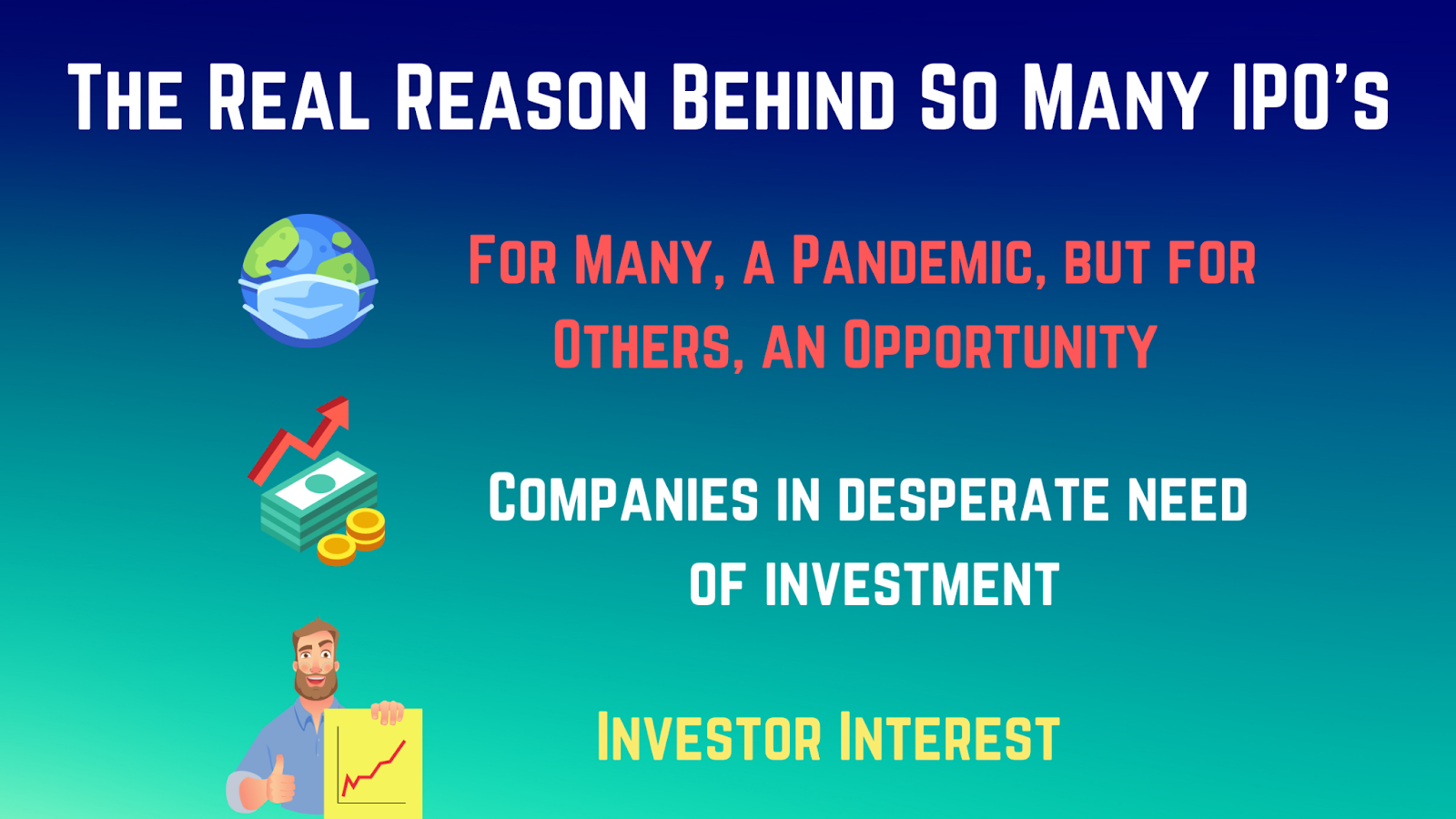 3.1 For Many, a Pandemic, but for Others, an Opportunity

While the epidemic has brought many firms to their knees, several industries, including healthcare, technology, and IT services, have seen positive growth.

Zomato is another excellent example of how the epidemic turned out to be a good fit for a firm, as we know from its upcoming IPO. The reason for this is that the food delivery industry grew during the weeks of nationwide lockdowns. The only safe choice was food delivery, and Zomato excelled at filling that void. Similarly, during the epidemic, the tech and healthcare industries have seen a lot of positive growth.

3.2 Companies in desperate need of investment

It's a question of life and death for those who didn't grow during the pandemic. Companies are experiencing losses and pressure from employees and investors, resulting in a massive crisis. As a result, corporations have wisely chosen to go public to raise funds and successfully deal with the problem.

Most businesses prefer to become private in the hopes of attracting additional capital from public investors. With the current market situation, investors are ready to put their money into companies that will profit. The majority of investors expect that the economy will recover quickly once the pandemic is finished. That is why they seek investment possibilities in industries that have a lot of promise in the future.

1. Understand the company's operations. As previously said, some organizations go public to expand, while others do so to survive. So make sure you're not investing in a sector that's on the decline.

2. Do your homework and figure out why the firm is going public, and only invest if the company has room to develop shortly.

3. Investigate the areas in which the corporation intends to expand its investment.

4. What does the promoter own, and how does the company's management work? Any business can be pushed into bankruptcy by poor management.

5. Check to see if an IPO is overpriced or overhyped. This is particularly true for businesses that are active on social media.