The US had interest rates that were almost zero after COVID to rebuild the economy. Lower interest rates helped emerging nations like India attract more dollar inflows. But as the US started to raise rates, the dollar strengthened, and US treasuries and global yields started rising, which led to dollars leaving India's debt and stock markets. 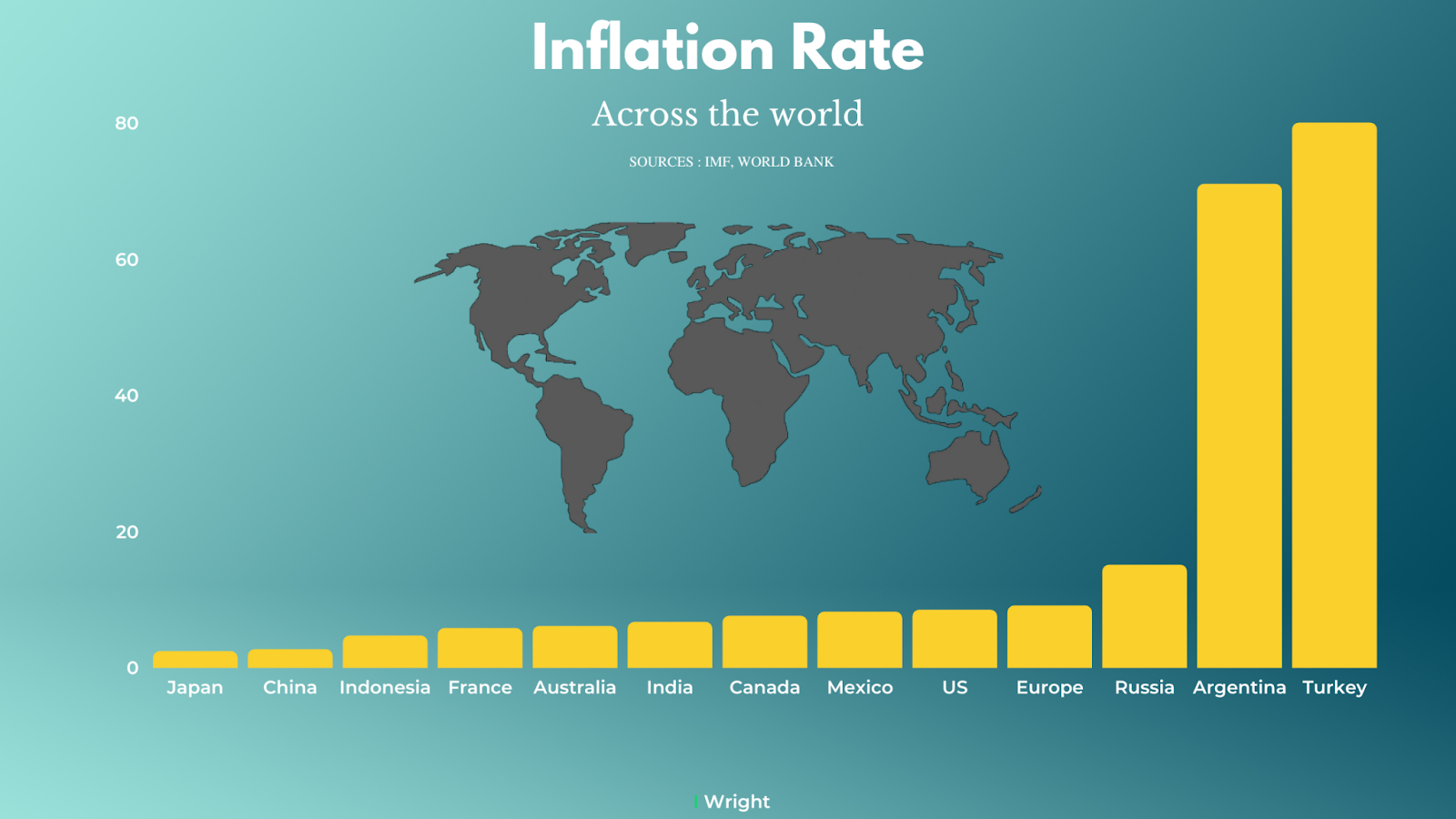 What does it mean for India?

Even with the Federal Reserve's anticipated tightening of monetary policy, India's inflation is declining despite reaching a 40-year high in the US.

But due to anticipated capital flight to safer locations in response to recession fears and potential Fed rate hikes, which would result in greater returns for capital there, the rupee depreciation will, however, somewhat offset this effect. As a result, the Indian Rupee has depreciated to 81 against the dollar from around 74 INR/$ a year.

The commodity prices have started cooling off, which eases India’s inflation fears. And according to economists, the fall in global commodity prices will influence wholesale inflation more than consumer price inflation, and the broader impact on India’s services sector remains to be seen.

However, the US Federal Reserve's vigorous tightening would put more pressure on the rupee and offset any benefits from the recent decline in commodity prices worldwide. The impact will depend on how much the rupee weakens and how long it stays there. This impacts India's trade and budgetary deficit, fiscal spending and long-term growth prospects.

This evolving situation has too many dynamic elements and is exceedingly complex.

What is a Recession?

The National Bureau of Economic Research defines a recession as a considerable drop in overall economic activity that lasts longer than a few months.

Production, real income, and other indicators show this slowdown. The US Federal Reserve has pressed for a slowdown in growth to control inflation. The bear market in the US is connected to the forced slowdown.

Fear of Recession in the US

Experts and stakeholders have voiced concern over an impending recession due to the Fed's anticipated rate hike trajectory. However, some economists predict that a minor recession could occur in mid-2023 due to ingrained inflation that affects customer spending capacity.

According to some experts, the US may already be in a recession. Due to a decrease in consumer expenditure, the United States could already be in a recession. Consumer prices have increased significantly since before the epidemic in almost all of the 44 industrialised economies studied by the Pew Research Center. In 37 of these 44 countries, where COVID-19 was starting to expand fatally, the average annual inflation rate in the first quarter of the current year was at least twice as high as it was in the same period in 2020. First-quarter inflation was more than four times higher in 16 countries than two years earlier.

The head of monetary policy research at Moody's Analytics, Ryan Sweet, stated in a research note that the Federal Reserve would raise interest rates until they can control inflation without damaging the economy. However, he added that growth is slowing, and the economy hasn't yet felt the effects of tighter financial market conditions and the end of monetary intervention.

Globally, inflation severely impacts consumer spending, which harms the recovery of growth. The United Nations Conference on Trade and Development predicts that by 2022, economic growth will have slowed to 3.6%, leaving the world's income still 3.7% below where its pre-pandemic trend would have placed it.

The market might see short-term volatility, given that the global markets have been in turmoil since the US inflation numbers came out. So there is ample cause for concern in the short term troubling the market. Still, in the long-term, we expect India to remain attractive, backed by solid growth momentum and reasonable valuation.