How to value high growth companies?

How to value high growth companies? The internet boom at the end of the 1990s is still fresh in everyone's mind. As a result, the challenge of valuing new economy firms arose. To put it another way, how to justify the billion-dollar stock market valuations of companies with no track record and massive negative earnings occurred.

Analysts developed new, more or less fair multiples, and the classic discounted cash flow approach was either abandoned or adjusted to accommodate the "new" types of businesses. Traditional, moderately growing companies were reintroduced into portfolios when the bubble burst, whereas professional investors avoided everything containing “dot com” or new technologies. 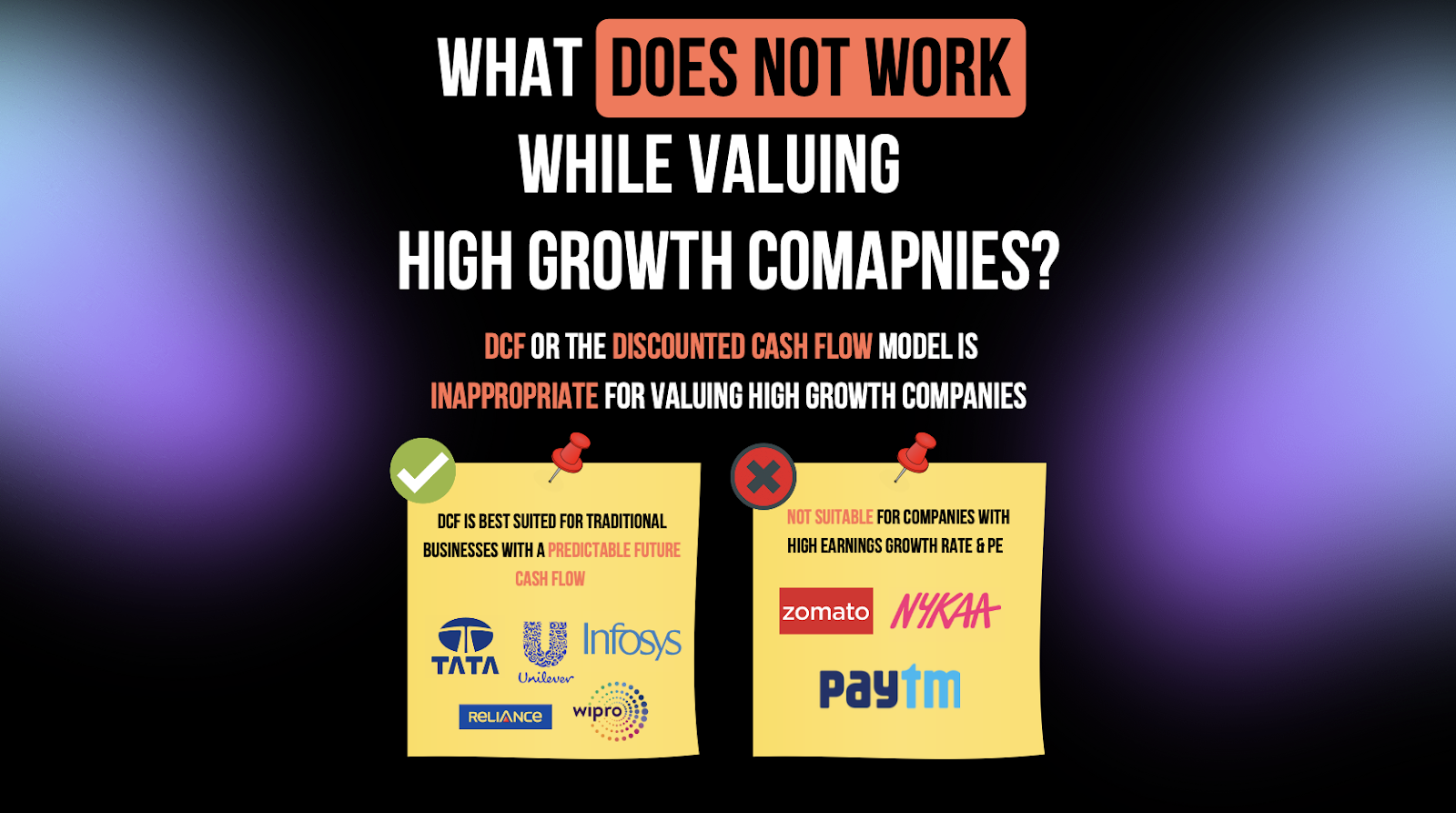 Companies that recognize the revolutionary power of technology and

successfully incorporate it into their fundamental business models will be the winners in a world where growth is scarce and fierce competition.

The Covid-19 lockdowns of 2020 demonstrated and accelerated this. The outperformance of technology and technology-related companies serves as a stark reminder that the tech market is no longer limited to hardware, software, and internet behemoths. Furthermore, the tech-fueled expansion is far from ended.

The first and most crucial point to understand is that the new breed of tech companies has a far higher risk because they are priced to become successful significant corporations in the future, but not now!

While we all want to become wealthy by discovering the next Amazon, a firm that was not profitable for a long time but earned enormous riches for shareholders, the truth is that for every Amazon, there are thousands of other companies that never made it. So the chances of picking that one winning company that will go from no earnings to a lot of profits while still surviving are slim. 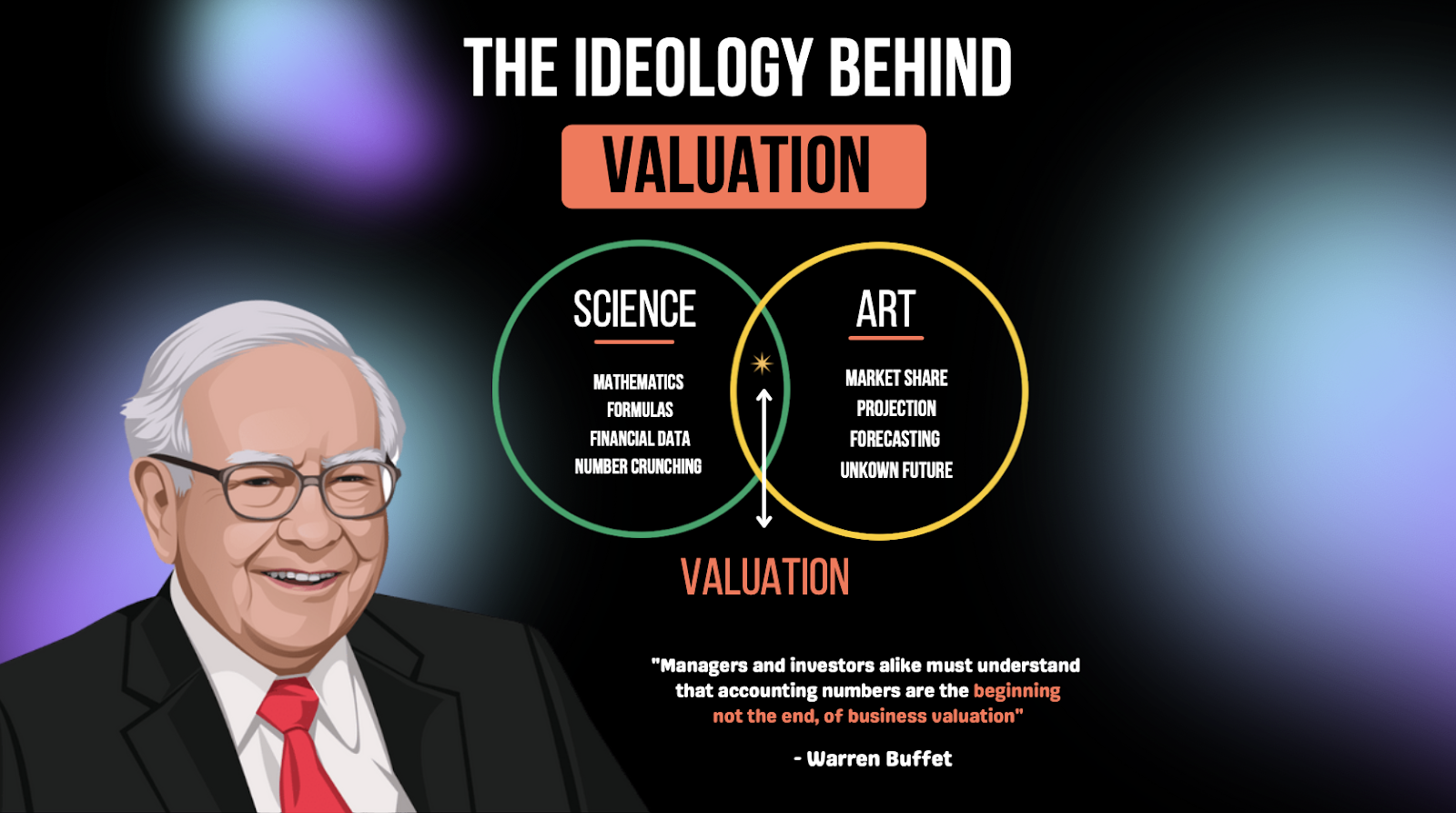 If we were to look at the ideology of valuation broadly, it would consist of existing data, past data, and predictable data. Based on these three pillars, the valuation of any company can be comprehended.

To value traditional companies, past data can be analyzed per existing financial data, and based on a predictable cash flow, the valuation can be ceased. But, perhaps, this is not sufficient for valuing high-growth companies.

Hence, it is imperative to consider aspects like market share and sound projection or forecasting of cash flows while combining the other three pillars to arrive at a fair valuation.

Thus, valuing high-growth companies is the intersection between the ideology of art and science.

There are a few things to keep in mind when examining some of the new-age high-growth and low-profit enterprises on the Indian exchanges. Many of these observations apply to traditional enterprises, but especially to those whose value is predicated primarily on future growth. 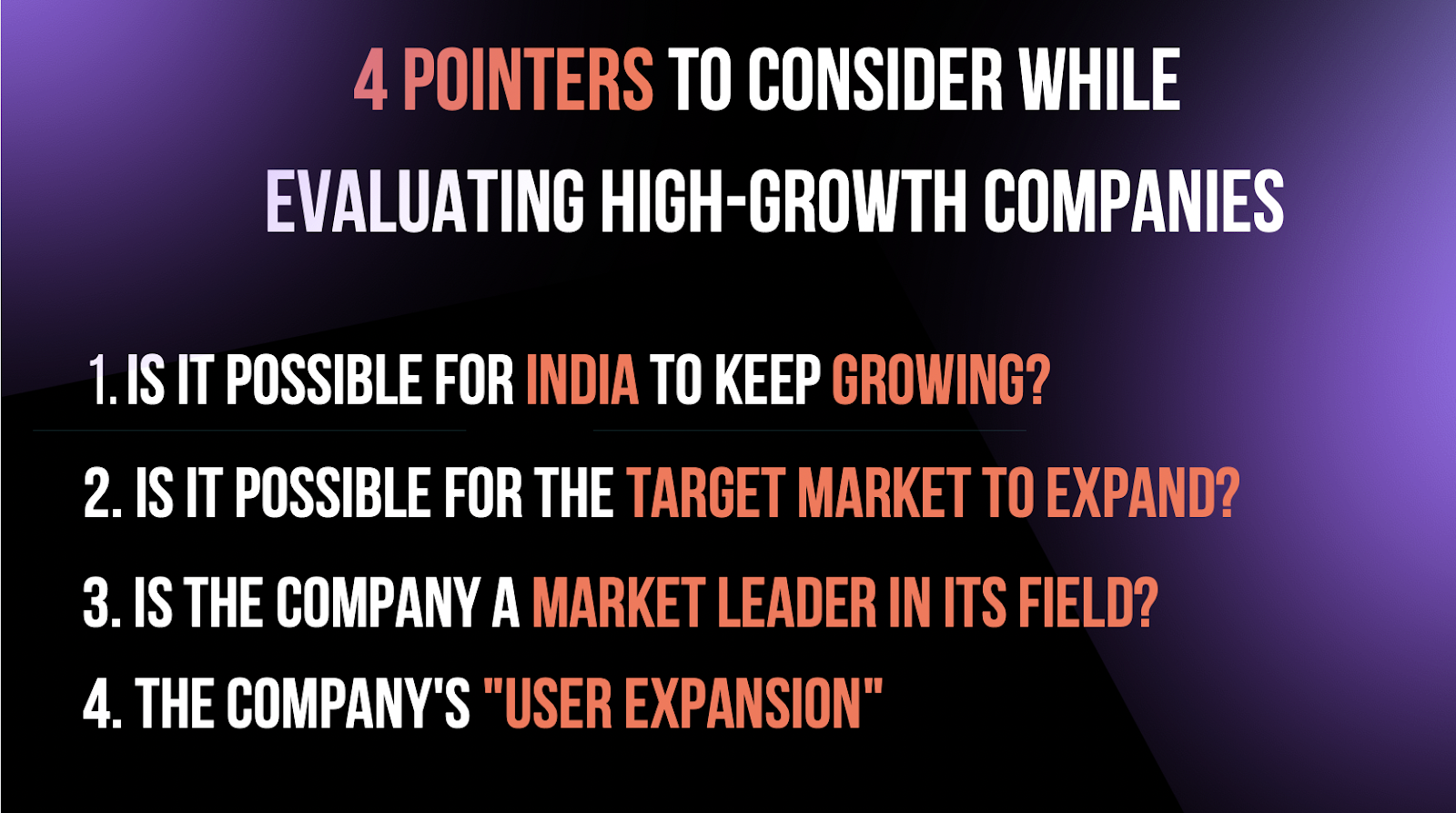 5.1 Is it possible for India to keep growing?

If you're considering investing in Indian companies, you probably feel our country will continue to grow. India's per capita GDP is currently $2,000. As it rises to $4000, the opportunity for tech-first enterprises to benefit from incremental growth due to internet and smartphone adoption would be substantially greater than for traditional businesses.

5.2 Is it possible for the target market to expand?

Some industries and sectors will perform better than others as India develops. For example, it is reasonable to assume that Indians will purchase more things digitally than now.

However, the question to consider is how much more excellent the target market for the firm can grow. This is when the surprise comes in. Any company that operates in a rapidly growing category will benefit significantly from tailwinds in that market. Thus, when it comes to private market investors (VCs and PEs), their virtual bets are on sectors and companies with significant growth potential.

5.3 Is the company a market leader in its field?

Identifying an underdog who can become a market leader is more complex than identifying an existing market leader. As a result, being a market leader or among the top two in the industry provides a considerable valuation premium, which boosts a company's capacity to raise additional cash, increasing its chances of succeeding and becoming the leader.

This has emerged as the essential metric for determining whether a company is a market leader and gauging market expansion.

Given this situation, a high number of internet users could be persuaded to sign up for a business or service in exchange for a few hundred rupees worth of freebies, providing a simple way to inflate a company’s “user” base artificially.

Apart from the four-pointers mentioned above, a formula can be applied to gauge the fair valuation of a listed company.

Many organizations that aim to show steady development and survive entirely on their ability to raise capital until they reach enormous profits are doomed to fail since the liquidity source supporting them can dry up at any time. However, a small fraction of those will almost certainly be at the top of the list of stocks with the most significant percentage gains on the stock market in the future. 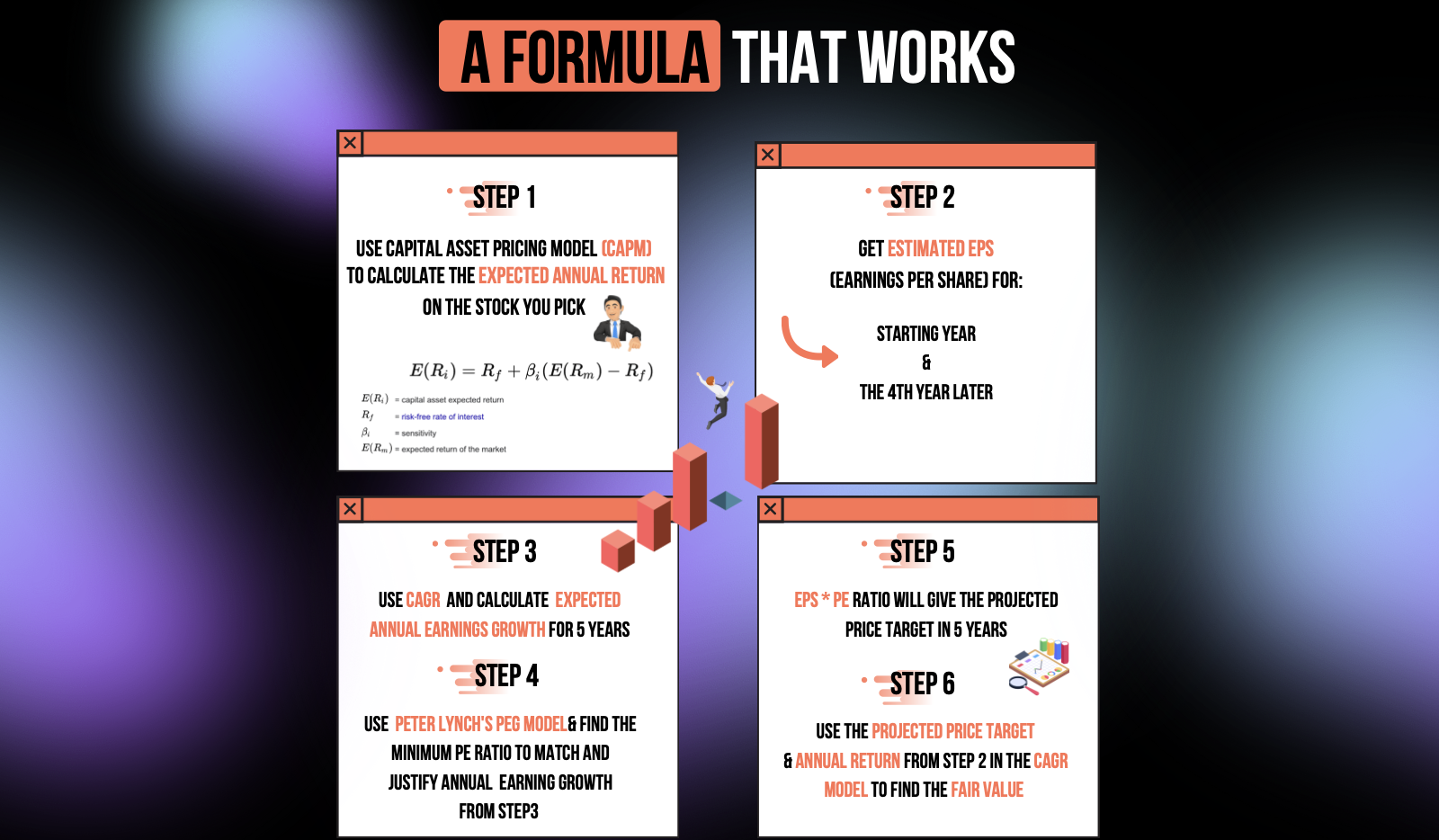 However, the investor's chances of picking such rare wins are stacked against him.