Technology is transforming the way we trade in the stock market quickly. Technology has opened several doors, including a new generation of traders considering trading as a full-time vocation, especially during the difficult times of the Covid-19 pandemic. Algorithmic trading is one such technology that has revolutionized stock market trading. It has provided traders with a competitive advantage to improve their skills and outperform traditional trading. 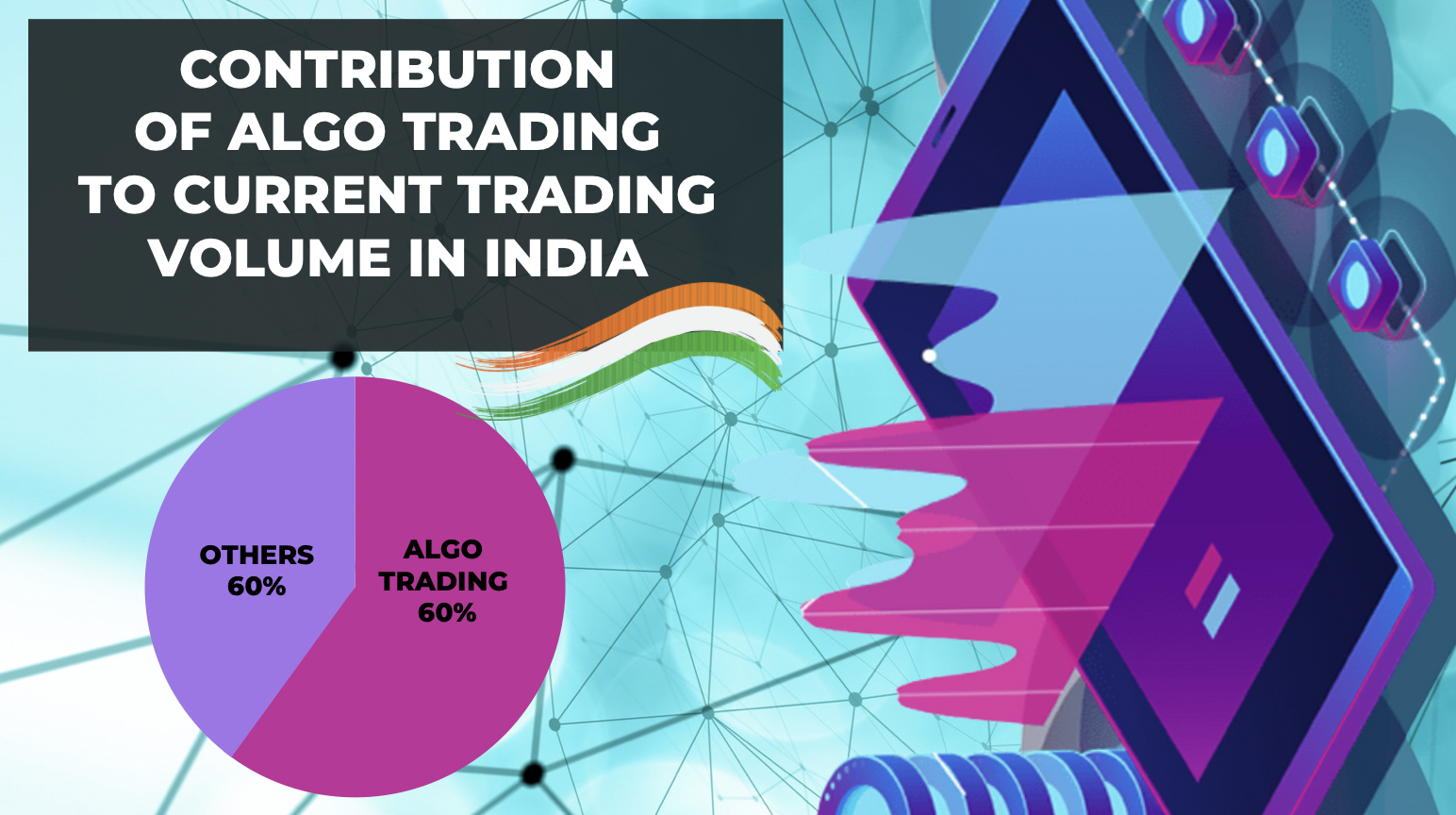 The Securities and Exchange Board of India (SEBI) permitted algorithmic trading in India in 2008. It began with Direct Market Access (DMA), which was limited to institutional investors at first, but the trading community embraced it because of the cost savings and improved execution. In June 2010, The National Stock Exchange (NSE) started offering additional 54 colocation server 'racks' on lease to broking firms to improve the speed in trading. And align with global markets.

What is algorithmic trading?

Algorithmic trading uses a computer program that follows a defined set of instructions (an algorithm) to place a trade. The illustrated instructions are based on timing, price, quantity, or any mathematical model. Apart from profit opportunities for the trader, algo-trading renders markets more liquid and makes trading more systematic by ruling out the impact of human emotions and errors on trading activities.

The benefit of Algo trading is that it includes features like back-testing, which allows users to run their strategy and observe how it performs. You might also use simulation in Algo trading to test your strategy in real-time but without having to make any actual deals. However, algorithms should only be used when the user is specific. 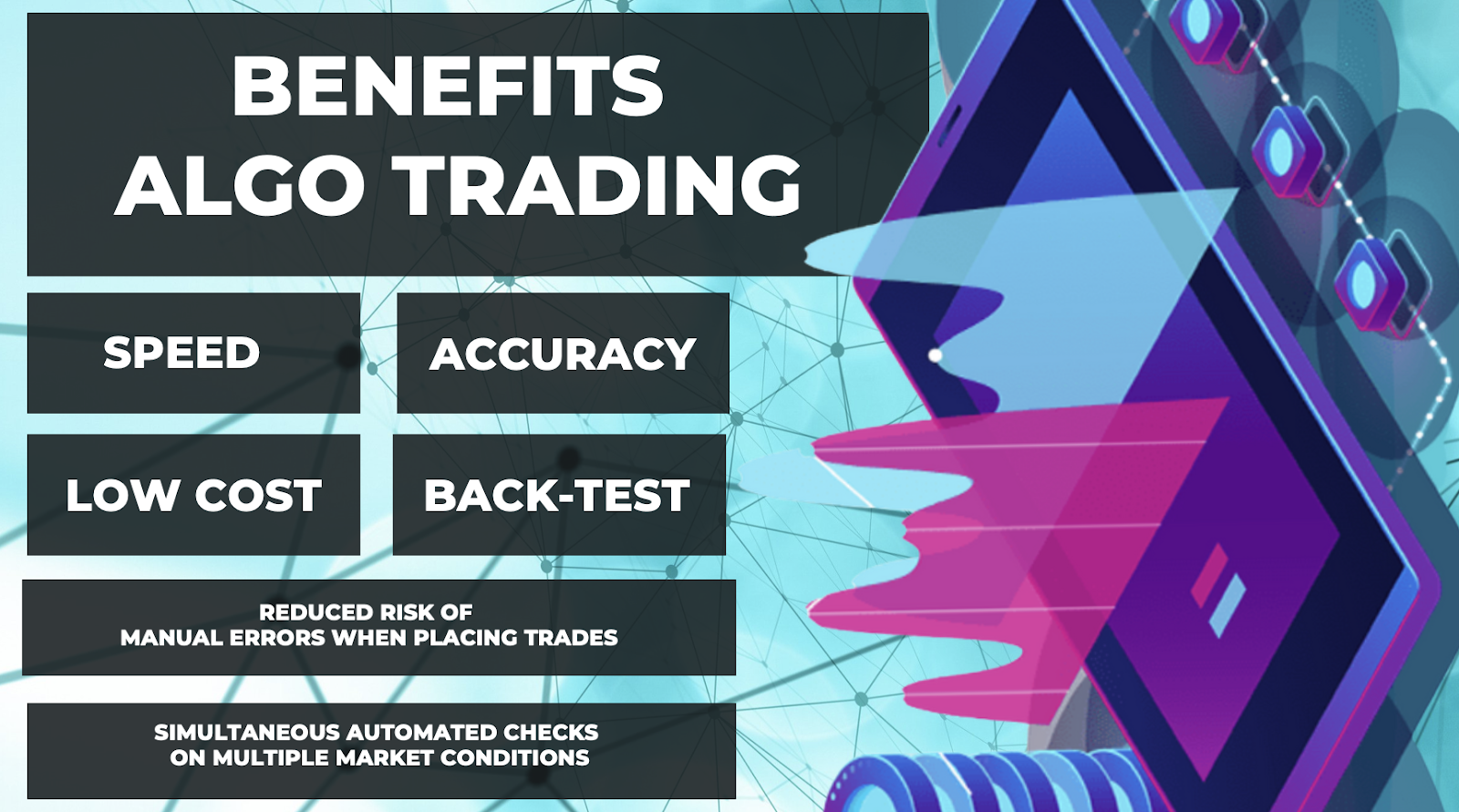 The advantages of algorithmic trading over manual trading are one of the main reasons it has grown so popular. The benefits of algo trading include speed, accuracy, and cost savings.

The most significant benefit is speed because algorithms are written ahead of time and run automatically. These deals happen in fractions of a second, faster than humans perceive. Algorithmic trading offers the advantage of scanning and executing several indicators at a rate that no person could match. More chances are accessible at better pricing since trades can be assessed and done faster.

Another benefit of algorithmic trading is its precision. When a machine executes a transaction for you, you avoid the risks of mistakenly entering the erroneous deal that come with human trades. Compared to a computer program that has been carefully checked to ensure the correct order is submitted, manual submissions are considerably more likely to buy the wrong currency pair or for the wrong amount.

Reduced transaction costs are another benefit of automated trading. Traders don't have to monitor the markets using algo trading because trades can be executed without constant oversight. Because of the decreased opportunity cost of constantly watching the markets, the considerable time reduction for trading lowers transaction costs. 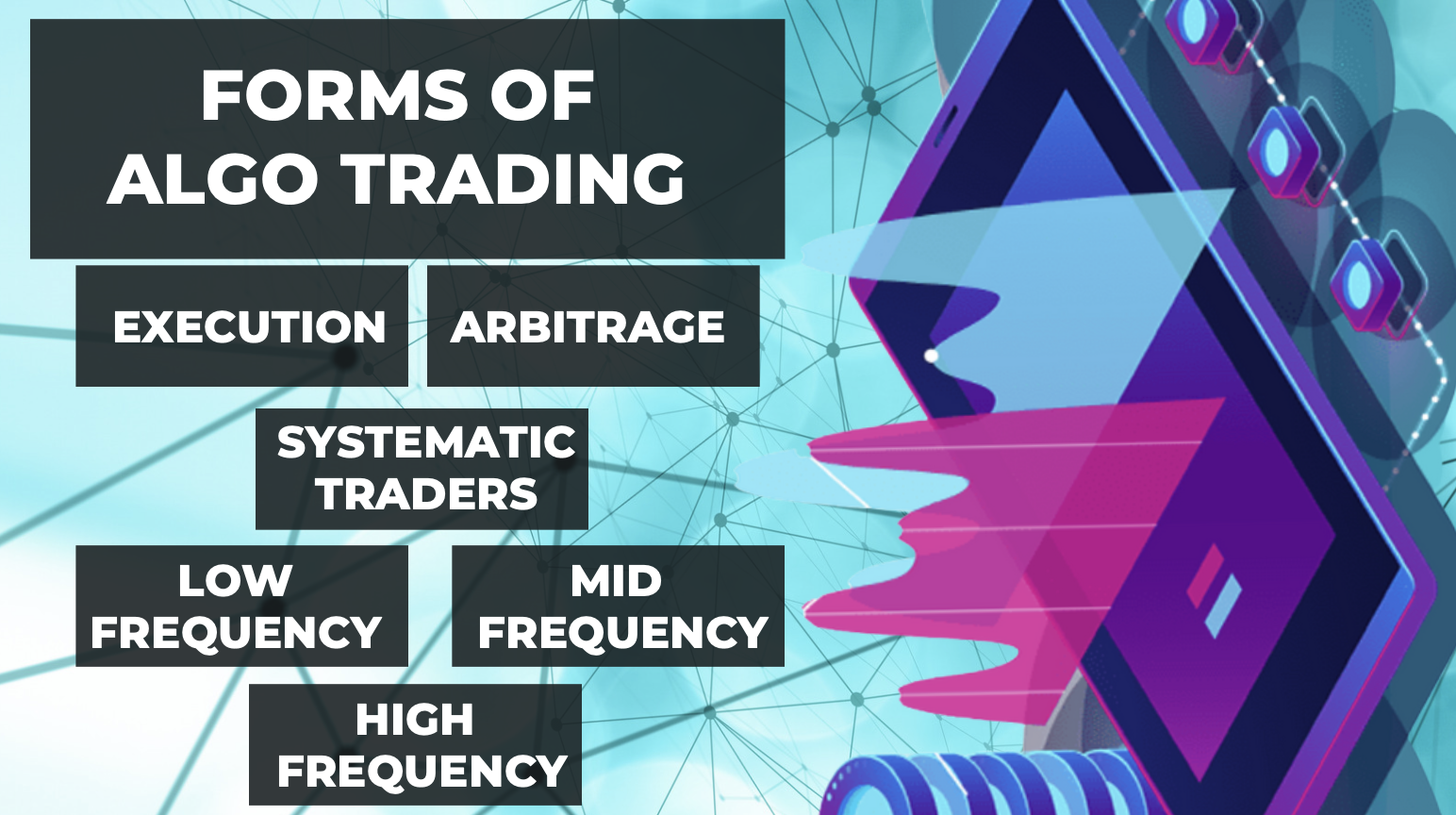 This is the most extensively employed approach on the planet. Almost half of hedge funds' assets are invested in this age-old strategy. Has weathered the test of time. In theory, it's a simple notion, but putting it into practice is a challenge. Nevertheless, if done scientifically and with discipline, there is an ample alpha creation opportunity.

Smart beta aims to mix the benefits of passive investment with the help of active investing. Smart beta indexes differ from typical market capitalization-based indices because they use different index construction rules. It focuses on collecting investing characteristics of market inefficiencies in a transparent, rules-based manner. Alternative weighing systems, such as volatility, liquidity, quality, value, size, and momentum, may be used in innovative beta strategies.

This is the following most widely used technique. In range-bound markets, this strategy works effectively. Most of the time, needs are range-bound between 60% and 70%. The risk is more significant because it can be disastrous (i.e., When trend is strong). Stop losses must be rigorously followed. To get the best of both worlds, it can be used with a trend method.

Arbitrage is a trade in which security, money, or commodity is bought and sold in different marketplaces almost simultaneously. The goal of arbitrage is to take advantage of the price differentials between other exchanges for the same financial product. Arbitrage is legal, but it is also beneficial to markets because it promotes market efficiency and provides trade liquidity.

A market maker is only interested in earning a small profit margin (spread) between the prices at which they purchase and sell shares, and they want to do so as frequently as possible. On both sides of the book, market makers put buy and sell orders. Market makers use a variety of ways to make money that are dependent on price distribution.

SEBI enacted rules for investment advisors and financial planners in 2013. Following that, in 2014, SEBI passed requirements for research analysts. "Under IA Regulations, there is no stated ban for the use of automated advisory tools by SEBI registered investment advisers," according to the Consultation Paper on Amendments/Clarifications to the SEBI (Investment Advisers) Regulations, 2013, dated October 7, 2016. For a better understanding of the rules governing algo trading, you can check this link https://www.cskruti.com/regulations-for-algo-trading/

The long-only products that we offer on smallcase are all based on data-driven smart beta algorithms, which fall into the low-frequency algorithmic trading category. Popular among these are:

We have also launched medium frequency algorithm products trading weekly options on an intraday basis. These algorithms can be found on Tradetron and will also soon be available on Algobulls.

The two newly launched products are:

Intraday Momentum (Options Buying) is an intraday options buying strategy traded on the hedged option strangles on weekly expiry. We will be buying a call strangle or put strangle based on momentum signals based on market conditions. All positions are squared off intraday, and this is a highly leveraged strategy only suitable for people who have an understanding of derivatives.

Find more about the Options Buying algorithm, including the backtested performance, methodology, and how to invest in the Option Buying Strategy - Investor Rulebook